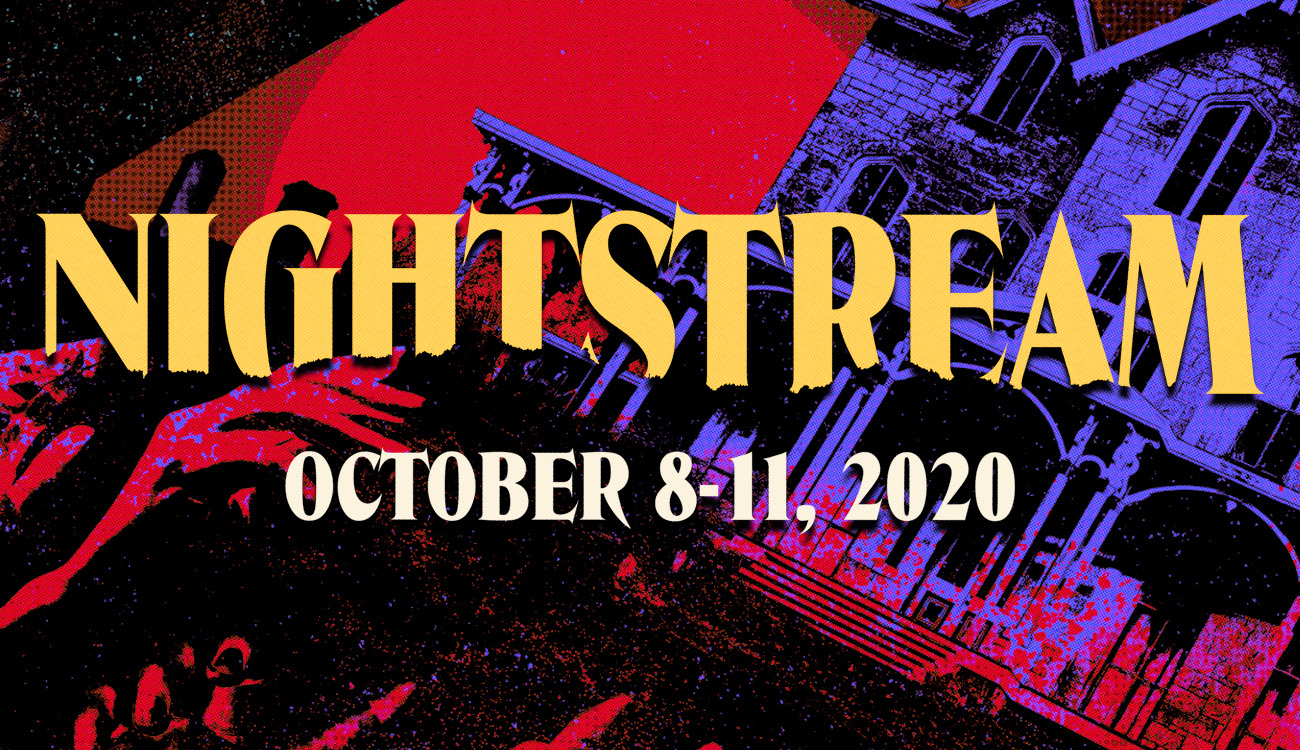 Highlights include the World Premiere of Ryûhei Kitamura’s THE DOORMAN starring Ruby Rose, a spotlight on Indonesian Horror feat. the Intl. Premiere of Timo Tjahjanto’s MAY THE DEVIL TAKE YOU TOO, and events hosted by Peaches Christ, A QUIET PLACE’s Beck/Woods, and directing duo Aaron Moorhead and Justin Benson

NIGHTSTREAM is thrilled to unveil its program of films and special events set to take place virtually next month. Formed as a banner uniting five US genre festivals — Boston Underground, Brooklyn Horror, North Bend, Overlook, and Popcorn Frights — who have all been affected by COVID-19, the initiative was first announced last month and will have scheduled programming from October 8-11th, with films available to view on the Eventive platform until the 14th.

The virtual festival will open with the world premiere of Hulu’s hotly-anticipated thriller RUN, starring Sarah Paulson (American Horror Story) and Kiera Allen and directed by Aneesh Chaganty, who helmed the breakout Sundance hit SEARCHING and close with the North American Premiere of MANDIBLES, the latest from Quentin Dupieux, the French filmmaker responsible for singular features such as RUBBER and DEERSKIN. The four-day festival includes a line-up of feature films selected by all five festival programming teams, alongside eighteen distinct short blocks and an impressive slate of events, panels, and masterclasses headlined by conversations with filmmakers Nia DaCosta on CANDYMAN and Mary Harron for the 20th anniversary of AMERICAN PSYCHO, as well as Beck/Woods, the screenwriting team behind A QUIET PLACE. Celebrated horror filmmaker Mick Garris will be recognized as festival honoree and host a very special Dinner With The Masters Of Horror event with guests that include Joe Dante, Mike Flanagan, John Landis, Ernest Dickerson, and more.

All proceeds from NIGHTSTREAM will be shared with the filmmakers and artists involved, donated to charities and businesses locally owned and operated in each festival’s home city, and help the founding festivals recoup losses incurred by COVID-19.

The festival will feature 7 World Premieres, 8 North American Premieres, and 7 U.S. Premieres as part of its feature lineup that’s composed of more than 40 film premieres, alongside 164 short films and a spotlight on Indonesian Horror with a companion panel hosted by Sam Zimmerman, director of programming for Shudder. Highlights include the world premiere of Ryûhei Kitamura’s THE DOORMAN starring Ruby Rose, who will appear for a post-screening Q&A, as well as the world premieres of Jesse Blanchard’s FRANK & ZED, Nicholas Payne Santos’ IT CUTS DEEP, Devereux Milburn’s HONEYDEW, Jake Mahaffy’s REUNION and Terence Krey’s AN UNQUIET GRAVE.

NIGHTSTREAM will bring the spirit of festivals to your screen with its exciting off-film programming, including a one-time-only event hosted by Aaron Moorhead and Justin Benson, the directing duo behind beloved genre hits THE ENDLESS and SPRING, who will share an intimate and engaging look at their never-before-seen early work, joined by special guest Issa Lopez (TIGERS ARE NOT AFRAID). The fest will also feature iconic drag performer and horror expert Peaches Christ who will offer a deep-dive into campy horror history, in addition to hosting a glamorously blood-drenched festival party. Plus, every night will have a unique happy-hour social in Evening Rituals Presented by IFC Midnight, with a parade of hosts that include Elijah Wood, Barbara Crampton, and Larry Fessenden beaming in virtually from their homes with a new delicious cocktail to share.

Access to film screenings will be geo-locked to the US with ticket bundles on sale on the website ($65 with 5 features or short film programs and $99 with 10 features or short film programs, both bundles come with unlimited access to events and panels), while event-only badges will be made available worldwide ($25) and a virtual festival social hub will be freely accessible to all. For more information, visit nightstream.org 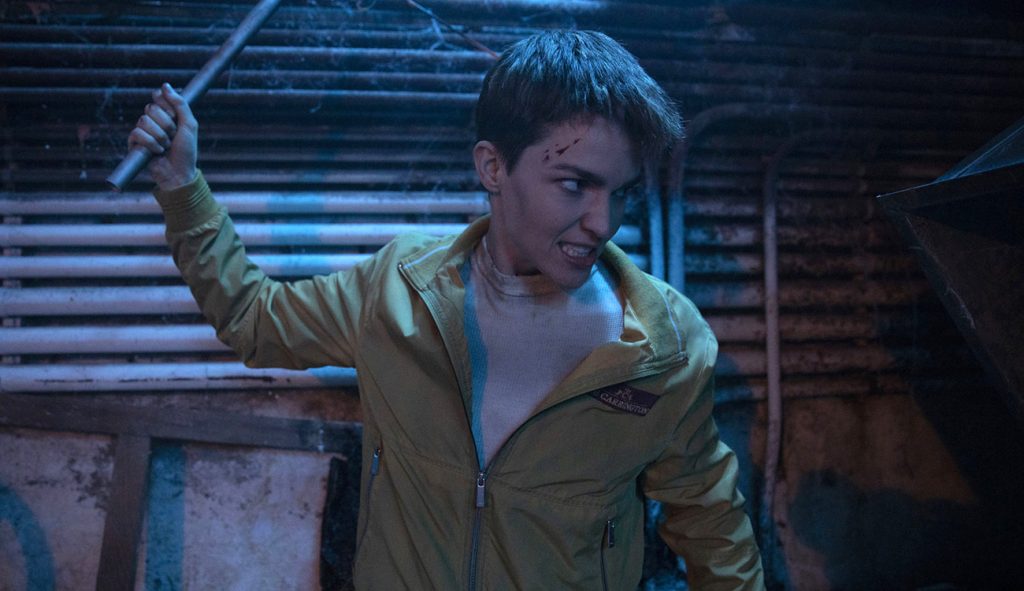 May the Devil Take You Too
International Premiere
Indonesia | 2020 | Dir. Timo Tjahjanto

My Heart Can’t Beat Unless You Tell It To
North American Premiere
USA | 2020 | Dir. Jonathan Cuartas 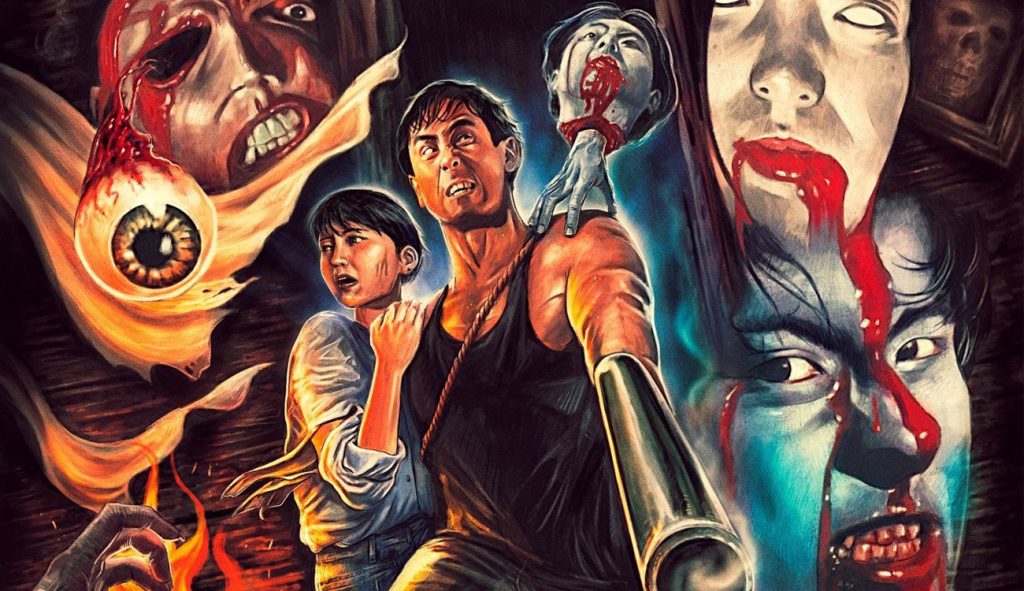 Shock Value: How Dan O’Bannon and Some USC Outsiders Helped Invent Modern Horror
Catch a rare glimpse into the earliest ideas from John Carpenter, Dan O’Bannon, and their peers before they changed genre forever in this one-of-a-kind, feature-length compilation of five historic shorts from the late 60s/early 70s. 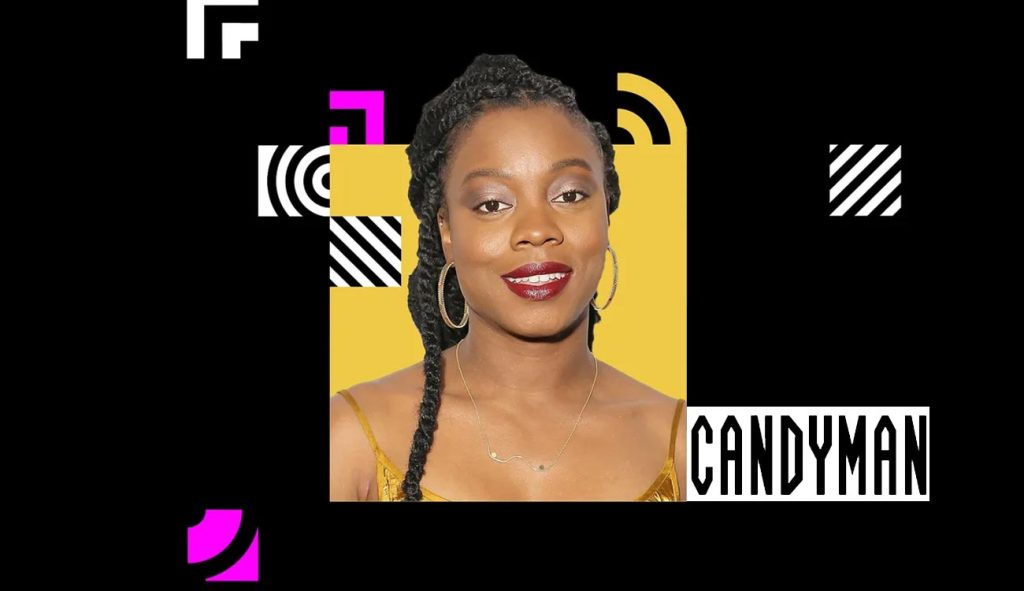 Virtual Fireside with Nia DaCosta
Since her exceptional 2018 debut feature LITTLE WOODS, Nia DaCosta has quickly risen to be one of the top directorial voices in Hollywood, gaining the attention of Jordan Peele, Marvel, and many more to helm exciting new projects in the genre space. Moderated by journalist Hunter Harris (New York Magazine), we’ll take a deep dive into the state of the industry as well as hear about her highly anticipated film CANDYMAN.

25th Anniversary Celebration of TALES FROM THE HOOD with Rusty Cundieff
Celebrate the silver anniversary of a genuine horror-comedy classic with a one-on-one conversation with the film’s writer and director, Rusty Cundieff (FEAR OF A BLACK HAT, “Chappelle’s Show”) who will discuss the anthology’s origins, social commentary, legacy, and its place in the pantheon of 90s genre gems. Moderated by journalist Valerie Complex.

For the Love of Horror Comics Presented by Midnight Pulp
Creators from all sides of the entertainment industry introduce us to the visionary worlds of their original horror comics and tell us why it’s so much fun to write about monsters, vampires, and haunted sneakers!  Panelists: Rodney Barnes (Killadelphia), David Dastmalchian (Count Crowley: Reluctant Midnight Monster Hunter), Brea Grant (Mary: The Adventures of Mary Shelley’s Great-Great-Great-Great-Great-Granddaughter),  Rosie Knight (The Haunted High-Tops). Moderated by: Richard Newby (The Hollywood Reporter).

The Future of Horror is Female Presented by Arrow Video
The Future of Film is Female presents a panel discussion about the future of horror films with women who are making the most exciting new work in the genre. Panelists: Laura Casabe (THE RETURNED), Mariama Diallo (HAIR WOLF), Nikyatu Jusu (SUICIDE BY SUNLIGHT), and Laura Moss (FRY DAY). With Special Guests: Ashlee Blackwell (Graveyard Shift Sisters) and Alexandra Heller-Nicholas (1000 Women In Horror). Moderated by: Meredith Alloway (writer, producer, and filmmaker). Introduced by Caryn Coleman (The Future of Film is Female, Nitehawk Cinema).

Horror Camp!
Hosted by Peaches Christ (director, ALL ABOUT EVIL), gather around the virtual flame and listen to renowned horror experts explore some of the most iconic and memorably campy entries (for better or worse!) in the horror film canon. Panelists include: Renée “Nay” Bever (Attack of the Queerwolf), Stacie Ponder (Writer, Final Girl), and William O. Tyler (Theater of Terror: Revenge of the Queers).

Indonesian Horror presented by Shudder
Just as J-horror and New French Extremity did before it, Indonesian New Wave horror has taken the genre by storm. Some of the scariest and most energized films are coming out of Indonesia, melting our brains with their go-for-broke awesomeness and fresh perspective on horror storytelling. Join us for a discussion with some of the new voices leading the charge of this defining moment in horror cinema history. Moderated by Sam Zimmerman, Director of Programming at Shudder.

The Morbido Crypt’s Guide To Mexican Fantasy And Horror Cinema Presented by The Miskatonic Institute of Horror Studies
Join us for a scenic tour of Mexican genre cinema guided by Morbido Fest’s head programmer, Abraham Castillo Flores. Delving beyond luchadores and psychotronica, Abraham unearths the monsters that fomented a distinctive but barely acknowledged corner of our shadow cinematic consciousness, the rich history of Mexican fantasy and horror cinema.

The Witching Hour Podcast
Co-hosted by Perri Nemiroff and Haleigh Foutch, Collider’s horror podcast The Witching Hour digs into all things horror, from the biggest titles at the box office to under-the-radar gems, exclusive interviews, early reviews, deep-dive analysis, and all the need-to-know in genre film from two horror die-hards. In this episode Haleigh and Perri will be joined by DINNER IN AMERICA director Adam Rehmeier. 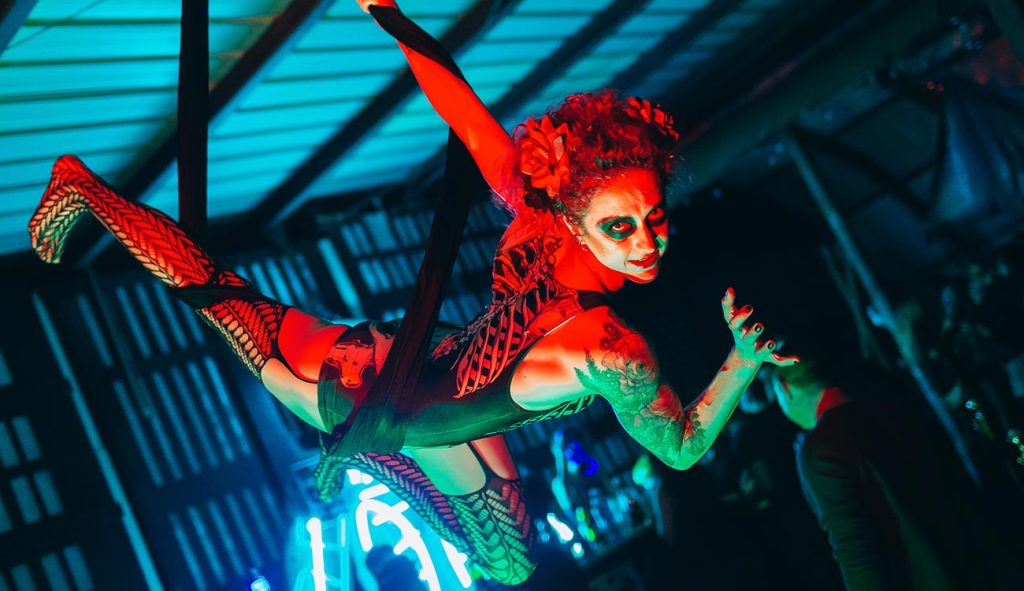 Benson & Moorhead’s Home Movies
Popcorn Frights alums Justin Benson & Aaron Moorhead (SYNCHRONIC, THE ENDLESS, SPRING, RESOLUTION), and Issa Lopez (Popcorn Frights 2019 Jury Winner TIGERS ARE NOT AFRAID) explore their very, very early work, with real-time commentary and the benefit of hindsight to showcase and discuss their rarities, mistakes and successes in all their embarrassing glory in this one-time event.

Dinner With The Masters of Horror: A Tribute to Mick Garris
You are cordially invited to a virtual dinner with festival honoree Mick Garris & his friends, filmmakers Joe Dante, Ernest Dickerson, Axelle Carolyn, Mike Flanagan, Tom Holland, John Landis, William Malone, Tommy McLoughlin, and additional surprises. Closeout the festival weekend by sharing stories and toasting the utterly fascinating life of director, writer, producer, author, and tireless champion of horror, maestro Mick Garris. All attendees are encouraged to eat dinner alongside our guests, so you too can be part of one of Garris’s fabled Masters of Horror Dinners.

Evening Rituals Presented by IFC Midnight
Kick off each night of the festival with a unique evening of cocktails, conversation, and ephemeral secrets in this bizarre take on a social hour featuring a parade of hosts including SpectreVision’s Elijah Wood, Lisa Whalen & Daniel Noah, filmmakers Jocelyn DeBoer & Dawn Luebbe, and icons Barbara Crampton & Larry Fessenden. All registrants will be emailed recipes for what each guest is drinking, so you can join in at home when the time is right.

The Eyeslicer Halloween Special: Sleepover Pajama Party, hosted by Gwilliam!
Change into your PJs and join a gaggle of real live filmmakers for a one-time late-night chat and viewing party hosted by the notorious creature Gwilliam. The Eyeslicer Halloween Special, created by Dan Schoenbrun and Vanessa McDonnell (COLLECTIVE:UNCONSCIOUS, CHAINED FOR LIFE) and executive produced by the radical artist collective Meow Wolf, is an experience like no other – a deranged, proudly transgressive anthology carving out a bold new space in the Midnight movie genre.

Horror Homecoming Soirée with Peaches Christ
Join legendary drag performer Peaches Christ for a blood-drenched evening of laughs, trivia, costume contests, drinking games, prizes, and more. Dust off your spookiest frock and slap on those devil horns honey because we’re about to Samara-crawl out of your screen to present a Horror Homecoming Soirée!

Movie Trivia Night
Movie trivia: Social distancing edition! In these uncertain times, when we are all self-isolating and our beloved movie theaters are closed down, why not get together with friends for an evening of movie trivia! Hosts Wendy & Kevin (the brains behind Nitehawk Trivia and Videology Trivia) have moved their bi-monthly trivia night online and are doing a special Nightstream edition! Online movie trivia will consist of four rounds of trivia including two general knowledge rounds, a clip round, and a picture round.

Pentagram Home Video (Death Waltz Originals): “In Concert After Dark”
Immortal lounge singer Freddy Carrie Cruiser performs songs from the bars off the boulevard with love to Scott Walker & the films of David Lynch. Mr. Cruiser is joined by Renato Montenegro on guitar for this very special after dark Pentagram Home Video performance.

Spooked
Join us each evening of the festival at the witching hour, as Snap Judgment’s Spooked Podcast, featuring true-life supernatural stories, told firsthand by people who can barely believe it happened themselves, releases a tale deep from within their archives for your listening pleasure.  Put on your headphones and heed Glynn Washington’s warning… “never ever EVER turn out the lights. Tune in during the festival weekend for a conversation with the SPOOKED team. 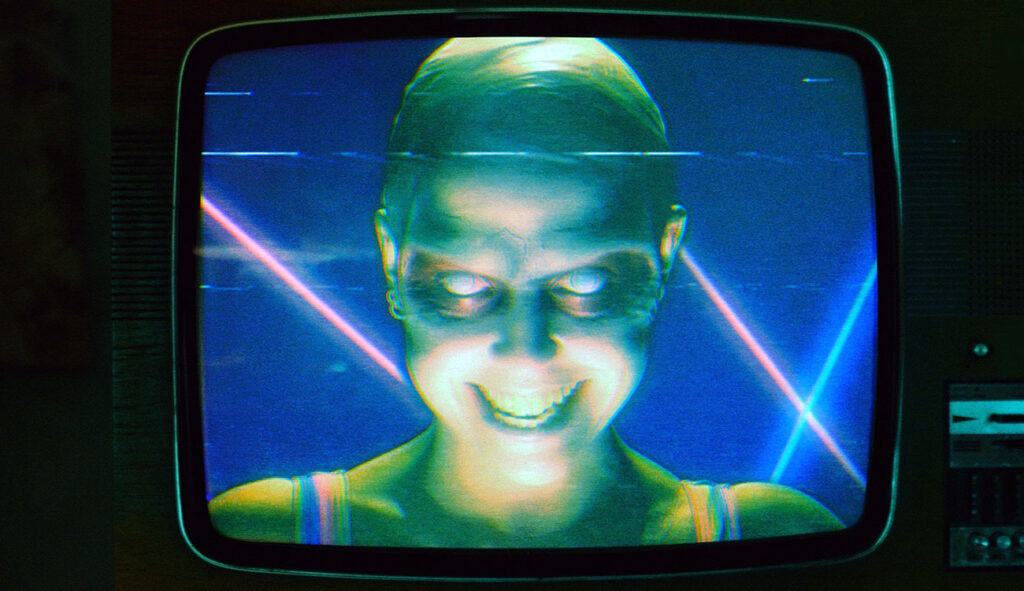 ANIMATION DOMINATION
A devilish celebration of grim, ghoulish, and macabre animated short films that will keep you up at night and haunt your dreams.

HOMEGROWN: 100% PURE FRESH SQUEEZED FLORIDA HORROR
A celebration of the cream of the homegrown crop and the most deranged of Florida horror.

INTERNATIONAL MIDNIGHTERS
A celebration of some of the year’s most fantastic international short films from new emerging voices and established filmmakers.

MIDNIGHTERS
A celebration of new works from cinematic scaremongers that bring nightmares into waking hours with thrills, chills, and spills.