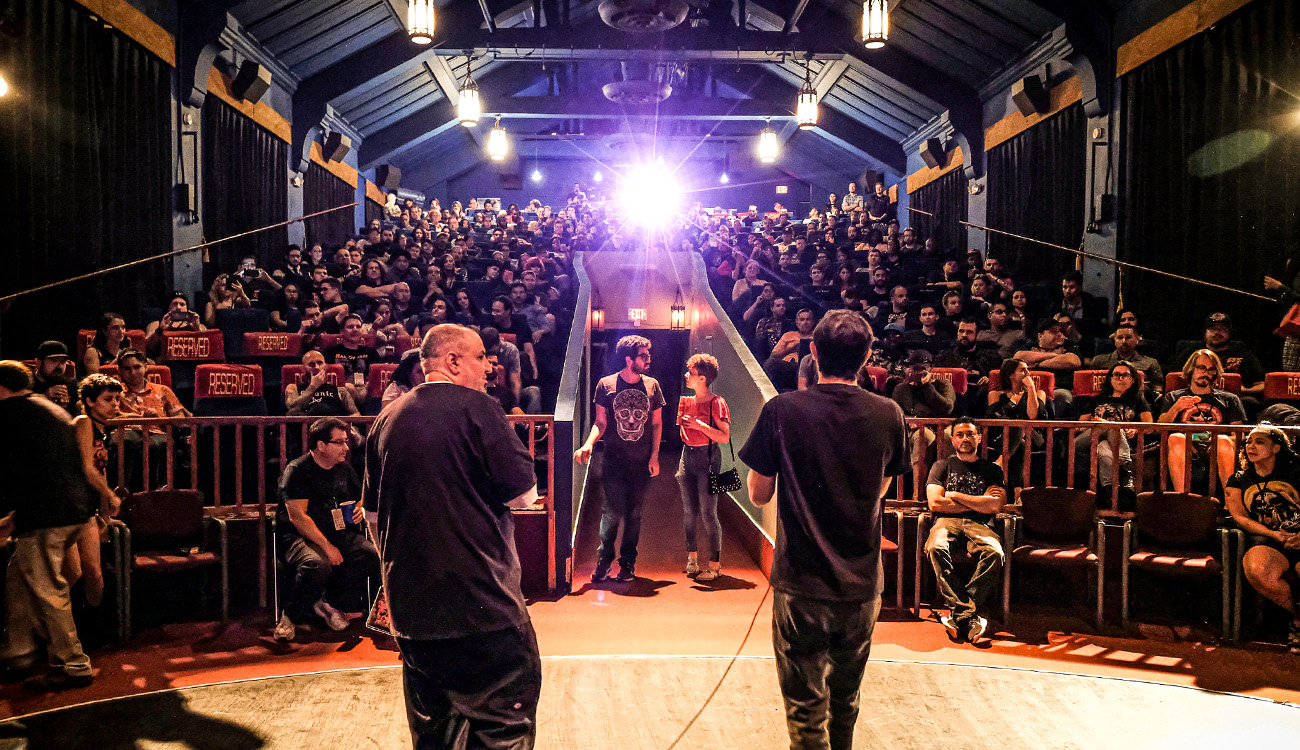 As its fifth edition comes to a close, Popcorn Frights Film Festival is proud to announce its juried and audience awards that were selected from its lineup of 74 films (24 features and 50 short films from 16 countries). Over the nine-night event, Popcorn Frights welcomed more than 5,000 attendees, over 30 filmmakers/industry guests from around the world, and presented multiple sold-out screenings, including the opening night world premiere of Haunt, the one-of-a-kind Homegrown: 100% Pure Fresh Squeezed Florida Horror program celebrating Florida’s emerging genre filmmakers, and the world premiere of The Gravedigger which highlighted Popcorn Frights’ Spotlight on Women Filmmakers.

In announcing the Feature Film Prize for the film, the jury said the following: “The jury is pleased to award Adam Egypt Mortimer’s Daniel Isn’t Real the Best Feature of Popcorn Frights 2019. A wonderfully constructed nightmare, the film won us over with its excellent acting, beautiful presentation, and exhilarating creativity. As an exceptionally strong sophomore feature, we are excited to see what Mortimer will do next.”

Accepting his award, Adam Egypt Mortimer said, “This is such an honor. Man, the festival had so many of this year’s amazing horror films playing, it’s such a thrill to have played with all of them and be given an award. And this is a major triumphant return for me, as I am in fact originally a Florida Man — or Florida baby, since I lived in Tampa for the first three years of my life. Thanks for having me and Daniel at your top-notch festival!”

Receiving the Scariest Film Award, Brandon Christensen said, “The Horror community is vast and varied, and full of people that have seen everything. The Popcorn Frights audience is no different, so there is a lot of pressure to bring the goods. To be honored by Popcorn Frights as the Scariest Movie is incredibly rewarding because so much time and energy is spent trying to craft a scare. To try and create something new that these audiences haven’t seen before. It’s the reason I love horror so much, to be able to share these visceral reactions with a group of horror fans.”

For the first time in the Festival’s history, the Popcorn Frights Film Festival Audience Award for Best Feature Film was a tie between Dan Berk & Robert Olsen’s Villains and Giles Alderson’s The Dare, which received its world premiere at this year’s Festival. The Audience Award for Best Short Film went to Neal O’Bryan & Chad Thurman’s Toe.

“For us, this award is the highest possible praise. The film resonating with theatrical audiences is the greatest success we could hope for, and we couldn’t be more thankful to Popcorn Frights for giving us the platform to achieve it,” said Dan Berk & Robert Olsen.

“To have any audience like your film feels like a miracle, to win the audience award for my debut film at the first ever screening of The Dare from a festival as amazing as Popcorn Frights is beyond incredible! I had the time of my life at Popcorn Frights and couldn’t be happier right now! Thank you to all that made the film with me and to all who voted. You guys have literally made a little miracle happen,” said Giles Alderson.

Runners-up for the Audience Awards include Haunt for Feature Film and Go Back for Short Film.

New this year, Popcorn Frights partnered with the horror brand ALTER which provided selected short films premiering at the Festival eligibility for review for distribution on the platform. The Popcorn Frights short films that have been selected for distribution on ALTER are Andrew Hunt’s Frost Bite, Marten Carlson’s Starlets, and Anthony Dones’ made in South Florida film A Doll for Edgar.