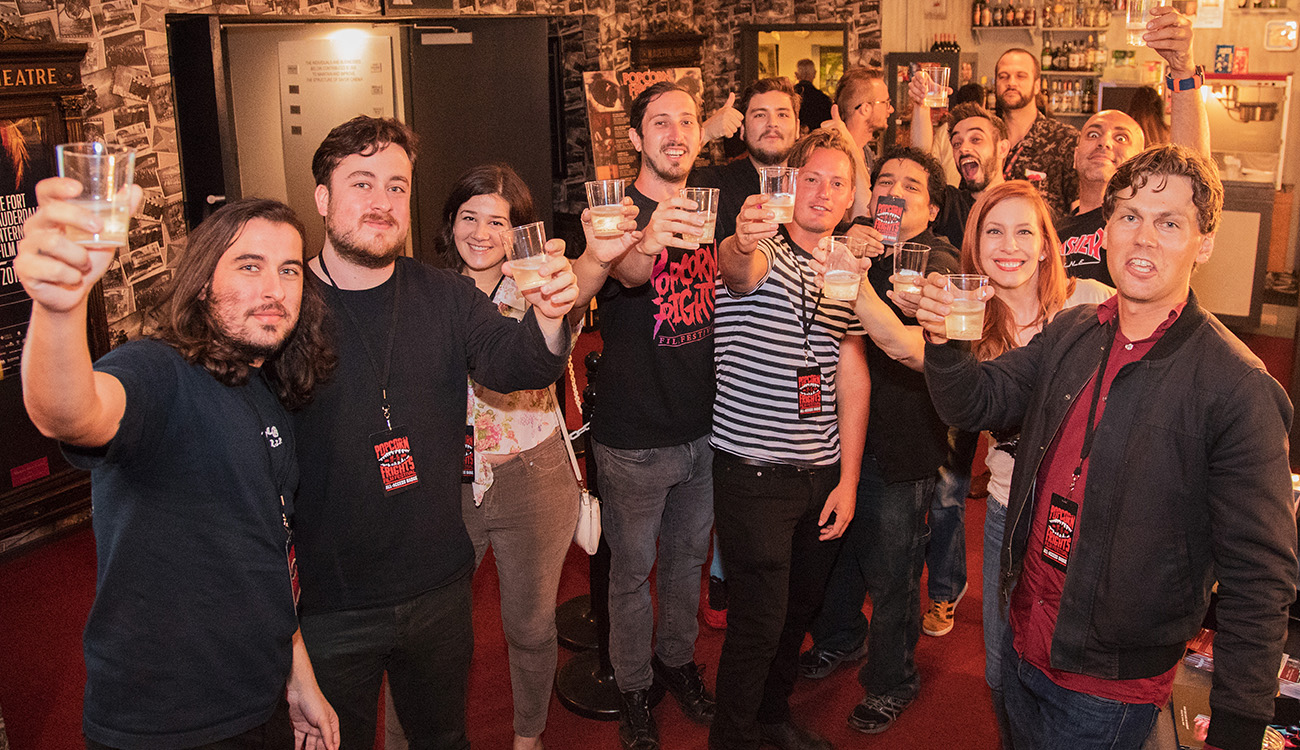 Anna and the Apocalypse, directed by John McPhail, won the Audience Award for Feature Film. In this infectious genre-mashing holiday horror musical, high-schooler Anna and her classmates face down a horde of flesh-eating snowmen and zombies before Christmas break.

“As a director, you always want to win the Audience Award, these are the people I’ve made the film for. To get that pat on the back is pretty special in particular when you’re up against so many amazing films like Tigers are Not Afraid, The Farm, and Boogeyman Pop. Thanks to everyone who voted for us and who came out and saw the film, this is our first Audience Award and it will always be special to us,” said director John McPhail.

Winning the Audience Award for Short Film was We Summoned A Demon. Chris McInroy wrote and directed the short film and is participating at the Popcorn Frights Film Festival for a third year but winning for the first time.

“I’m so honored that We Summoned A Demon won the Audience Award for Best Short! Popcorn Frights is truly an amazing festival to experience. They have some of the best audiences out there. Everyone is there for the love of horror. The audience is so engaged and there to have fun and appreciate films and filmmakers. And the programmers and staff are the same way. I had such a great time. Thanks for having me!” said Chris McInroy.

Runners-up for the Audience Awards include Wolfman’s Got Nards, directed by Andre Gower, for Feature Film, and The Sermon, directed by Dean Puckett, for Short Film.

Tigers Are Not Afraid, directed by Issa López, won the Jury Prize for Best Feature Film. It is the first time in Popcorn Frights history that a feature film directed by a woman has won the award.

“Popcorn Frights Film Festival has grown to become a beautiful hub for horror films on the East Coast, bringing together a recurring family and, every year, new adepts to the uncanny, the weird, and the eerie. I’m moved and honored that our tiny movie touched its audiences, and that its Jury decided to award us; the selection was outstanding this year! Horror rules! Long live to the chills in the darkness of a theatre full of horror lovers!” said Issa López.

Winning the Jury Prize for Best Short Film was Coyote, directed by Lorenz Wunderle. In this animated psychedelic head-trip, a coyote loses his family to a vicious attack by wolves and looks for a chance to avenge their deaths.

Joko Anwar’s supernatural chiller Satan’s Slaves was given the Scariest Film Award by the Jury.